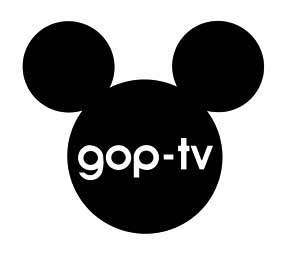 "The Path to 9/11? is not a documentary of the events leading to 9/11. It is a dramatization, drawn from a variety of sources including the 9/11 Commission Report, other published materials, and personal interviews. As such, for dramatic and narrative purposes, the movie contains fictionalized scenes, composite and representative characters and dialogue, and time compression. No one has seen the final version of the film, because the editing process is not yet complete, so criticisms of film specifics are premature and irresponsible. The attacks of 9/11 were a pivotal moment in our history, and it is fitting that the debate about the events related to the attacks continue. However, we hope viewers will watch the entire broadcast of the finished film before forming an opinion about it.

"No one has seen it"? Well, "nobody" if you overlook the 900 right-wing media outlets and bloggers which got a copy of the movie.

But, you say, ABC says no one has seen the final edit! Okay, but let's not forget that ABC has already reassured its winger supporters that it wouldn't make substantial edits to the film.

The Disney execs met all through the weekend - unheard of in this business - debating what changes would be made and what concessions should be given. Here is what looks to be the conclusion:

- There will be a handful of tweaks made to a few scenes.
- They are minor, and nuance in most cases - a line lift here, a tweak to the edit there.
- There are 900 screeners out there. When this airs this weekend, there will be a number of people who will spend their free evenings looking for these changes and will be hard pressed to identify them. They are that minor.
- The average viewer would not be able to tell the difference between the two versions.
- The message of the Clinton Admin failures remains fully intact.

The ABC statement was a joke.

And some memories of Disney, courtesy of Atrios:

One [Disney] executive told the paper it did not want to be seen taking sides in the election and risk alienating customers of different political views.

"It's not in the interest of any major corporation to be dragged into a highly charged partisan political battle," said the executive, who was not identified by the paper.

"... unless it's on behalf of right-wing ideologues", added the executive.

Update: Great post on the subject from Glenn Greenwald, including this quote from the right-wing WSJ's James Taranto:

"The Clintonites may have a point here. A few years ago, when the shoe was on the other foot, we were happy to see CBS scotch 'The Reagans.'"

Unlike CBS did for the much less consequential The Reagans, Disney/ABC, at least for now, is refusing to refrain from broadcasting this proaganda. C&L has the video (and transcript) of the statement from Disney/ABC here, in which they attack critics of the film by claiming: "No one has seen the final version of the film–because the editing process is not yet complete, so criticisms of film specifics are premature and irresponsible."

That makes no sense. The only reason anyone knows anything about the content of the film is because they sent it around to the likes of Rush Limbaugh and Hugh Hewitt precisely to induce them to comment (favorably) on it. If it's "premature and irresponsible" to comment on the film because it's not complete yet, why did they send around screeners to (right-wing) commentators? It only became "irresponsible" once the commentary went from drooling partisan praise to critiques of the film's fabrications and inaccuracies.

In addition to the obvious inequities, CBS' quick and complete cave-in to conservative protests over The Regans, set next to ABC's combative attack on critics of this film, tell you all you need to know about the merits of the incessent, petulant complaints from Bush supporters about the "liberal MSM."