A tale of two covers: Time's '94 postelection cover touted "G.O.P. Stampede," '06 cover asserts "the center is the new place to be"

The November 21, 1994, edition of Time magazine -- published following that year's congressional elections, in which Republicans gained control of the House of Representatives and the Senate -- featured the headline "G.O.P. Stampede: A Special Report" on the cover, and featured a graphic of an elephant trampling a donkey. 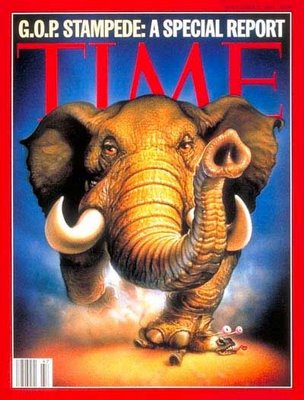 The November 20 edition of Time -- published following the 2006 congressional elections, in which Democrats gained control of the House of Representatives and the Senate -- features the headline "Special Report: The Midterms," and features as the cover story "Why the center is the new place to be," by columnist Joe Klein, with a graphic of a Venn diagram. 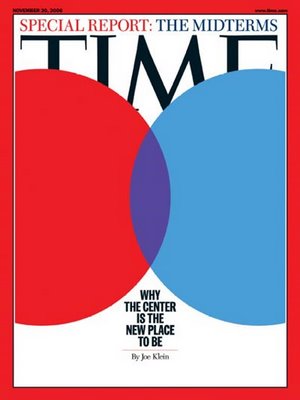