Democrats plan to cut Cheney out of executive funding bill

Following Vice President Dick Cheney's assertion that his office is not a part of the executive branch of the US government, Democratic Caucus Chairman Rep. Rahm Emanuel (D-IL) plans to introduce an amendment to the the Financial Services and General Government Appropriations bill to cut funding for Cheney's office.

The amendment to the bill that sets the funding for the executive branch will be considered next week in the House of Representatives.

At a press briefing yesterday, White House Deputy Press Secretary Dana Perino said that Cheney's assertion that he operates outside of the executive branch of government was "an interesting constitutional question that people can debate" and a "non-issue."

On Thursday, Emanuel suggested that if Cheney feels his office is not part of the executive branch "he should return the salary the American taxpayers have been paying him since January 2001, and move out of the home for which they are footing the bill." 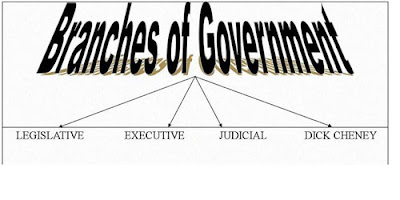